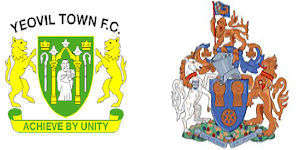 Goals from Malachi Linton and substitute Gime Touré were not enough for Yeovil Town who were held by Altrincham at Moss Lane.

After taking an early lead through Linton, Town were pegged back before the break. The second half saw a slow start, but Toure seemingly won it with less than twenty to play.

With moments to go, three points were snatched from the Glovers’ grasps, send Moss Lane into raptures.

Chris Hargreaves opted for a switch in formation, starting with a back four. This meant Charlie Wakefield began in a more advanced position on the wing. Chiori Johnson made his full Yeovil Town debut alongside a return to the eleven for Lawson D’Ath.

The Glovers started brightly and netted after just eight minutes. Matt Worthington pressed high and clipped the ball to Linton who made no mistake in hammering the ball into the top corner.

In truth, Yeovil went a little into their shells after the goal, allowing the hosts a lot of possession, something they didn’t do a lot with until the closing stages of the half.

Toby Mullarkey had been the hosts’ bright spark and deserved his goal on 40 minutes, which sent the two sides in level at the break.

The second half began with very little spark from either side, so Hargreaves introduced French forward Toure to add that.

With 66 minutes on the clock, the Glovers fashioned an opening. D’Ath found Johnson inside the box with a superb cross, but he sent a tame header goalwards.

Toure’s impact from the bench was excellent, and he restored Yeovil’s lead with 70 on the clock, rebounding the ball home after having his first effort denied.

Late in the day, Altrincham grew into the game and fired a last-gasp equaliser through new signing Egli Kaja.

The hosts weren’t done their either, fashioning a number of late opportunities, but ultimately the two sides finished level.