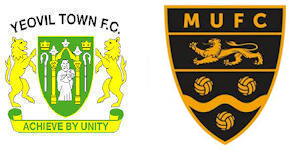 After Alex Fisher’s superb header put the Glovers ahead, they were unable to build on the advantage and were made to pay deep into the stoppage time.

Picking his first team, Cooper named an attacking line-up. Grant Smith began in goal, with a back four of Morgan Williams, Owen Bevan, Max Hunt & Ben Richards-Everton. Josh Staunton anchored the midfield, with Sam Perry and Matt Worthington ahead of him.

Looking to start brightly, Yeovil pressed high early on and lead within 15 minutes. Fisher’s header from outside the box shocked everybody inside the Gallagher Stadium, looping the ball over Ryan Sandford who was left stranded.

Not taking their foot off the gas, Yeovil almost had a second less than ten minutes later. Bristol City loanee Clark saw his cross flicked onto Williams who turned the ball home, but the linesman had his flag raised.

Yeovil’s best chance for a second fell to Worthington with five minutes of the half to go, as he was unable to poke the ball beyond Sanford after Fisher’s flicked header.

The second half saw Yeovil start well, but drop deeper and deeper as they looked to hold a lead.

Chances fell for Maidstone as they went very direct, earning lots of corners of which Ryan Galvin went closest, striking the post.

Smith was also forced into a superb save, clawing a goal-bound header out of the top corner.

In the dying moments, substitute Hulbert was judged to have fouled a Maidstone forward in the box, with Booty stepping up and firing the ball beyond Smith to earn a late point at the Gallagher Stadium.