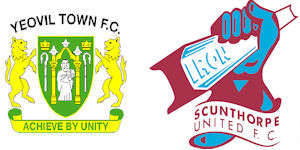 Yeovil Town were held to a goalless draw by Scunthorpe United at Huish Park.

Despite a controlled performance in the first half, the Glovers lost their way a little in the second and struggled to create chances.

At the full-time whistle, neither team could really complain at the scoreline as the points were shared.

Mark Cooper was forced into a number of changes as injuries, illness and suspensions plagued his side. This meant he could only name three players on the bench. This saw Grant Smith remain in goal, with a back three of Josh Staunton, Max Hunt and Owen Bevan in front of him.

Johnson and Wakefield began on the flanks, whilst Jamie Andrews, Ewan Clark, Lawson D’Ath began in the middle. Both Alex Fisher and Louis Britton started up front.

It took time for the game to grow into life, with both sides feeling the other out in the opening stages. It was Yeovil who had the better chances in this period though, with Louis Britton and Alex Fisher sending headers over the bar.

At the other end, Yeovil were almost the architects of their own downfall with 18 minutes played. Hunt got caught in possession, but recovered well to block Scunthorpe’s attempts.

Looking to stamp their authority on the game, Yeovil upped gather ante with twenty played and created the clear opening. Wakefield did well to find Clark in space, he then turned and worked room in the box for a shot, but his effort was saved.

Against the run of play, Yeovil got a bit of a let-off when Marcus Carver was found unmarked in the box, but thankfully for the Glovers, the forward dragged his shot wide.

Wakefield and Clark continued to combine well when the Green & Whites went forward, but the Scunthorpe defence held firm, with a number of passes intercepted by the Iron backline.

It was the former Chelsea man who had Yeovil’s final chance of the half. He isolated his marker and worked room for a shot which was saved by Owen Foster.

Come half-time, the better chances had fallen Yeovil’s way, but Cooper’s side hadn’t done enough to stake a claim for the lead.

The Clark – Wakefield combination started the second half as Yeovil’s best route to goal once again. With 53 minutes played the Bristol City loanee nutmegged his marker and spread the ball wide to Wakefield who fired over.

Once again, Yeovil controlled a lot of the ball, but it was Scunthorpe who created the next big chance of the game. Carver was found in the box, but his header could only find the upright.

That chance switched the momentum in Scunthorpe’s favour, who began to create the better chances. With 68 minutes played, they found their way to the byline, and sent the ball back towards the penalty spot, but a slip at the vital moment saved Yeovil from an almost certain goal conceded.

The closing stages saw Yeovil start to create again, but it was nothing clear cut as the game petered out for a goalless draw.