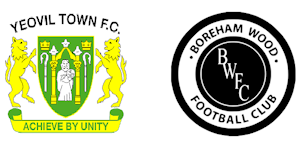 Yeovil Town completed a second half comeback to draw 2-2 with Boreham Wood.

Despite little to play for within both camps, both sides put on a spectacle at Huish Park, with the visitors taking a two-goal lead into the break.

However, looking to end their league season at home on a positive note, goals from Morgan Williams and club captain Luke Wilkinson secured a well-earned point at home.

Charlie Lee switched systems, looking for an injection of pace upfront. Yeovil began with a 3-5-2 formation, starting with Grant Smith in goal and a back three of Mark Little, Max Hunt and Wilkinson. At wing back began Jack Robinson & Williams.

The midfield was anchored by Dale Gorman, Matt Worthington and Lawson D’Ath, whilst Tom Knowles and Josh Neufville lead the line.

Despite enjoying possession in the early stages, the Glovers struggled to get their frontmen in the game, with Knowles and Neufville both isolated upfront. This allowed the visitors to hit the Glovers on the counter effectively, something that paid dividends early on.

With just 11 minutes on the clock, Boreham Wood struck ahead as Tyrone Marsh tucked the ball home in front of the Thatchers Gold Stand.

This didn’t dismay the Glovers, who were gifted a golden opportunity to level from the spot. Gorman stepped up to take, but in truth, it was a poor penalty that was easily stopped by Nathan Ashmore.

To add salt to the wounds, ten minutes later the Wood added a second on the break. Dennon Lewis tucked away the visitors second after Gorman had the ball nicked from his toes.

Despite pressing and looking for routes in behind, Ashmore wasn’t tested too often in the first half as the Glovers had an uphill task in the second half.

However, the second half was much brighter from the Glovers, with their attacking play showing much more cutting edge. This allowed both Neufville and Knowles to enjoy more freedom in the channels, with the latter cutting in successfully on a number of occasions, only to have his efforts thwarted by Ashmore or defensive blocks.

However, with 58 minutes on the clock, Yeovil found the route back into the game they deserved. Knowles’ long throw was attacked excellently by Williams who forced the ball into the back of the net.

Buoyed by the goal, the Thatcher’s Stand roared the Glovers on as it became wave after wave of Yeovil attack, and on the 64th minute, after cutting inside once again Knowles earned Yeovil a free-kick in shooting range.

Skipper Wilkinson, who was yet to score this season, stepped up to the dead ball and hammered the ball into the bottom corner to complete a six-minute turnaround.

As the game grew on, it only looked like one team was ever going to win the game and that was Yeovil, but in credit to Boreham Wood, Luke Garrard’s side defended excellently and began to thwart the efforts of the always dangerous Knowles.

When the final whistle blew, the Yeovil fans in attendance were duly appreciative of the efforts of the players, not just for those 90 minutes, but across the entire league season.

Next up for the Glovers is a busy week which begins with a Somerset Premier Cup final on Tuesday against Bath, before a final league trip to Altincham to end the season.