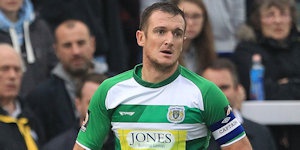 Yeovil Town captain Lee Collins has died at the age of 32. Tributes are being paid from the footballing world.

He played his last game for the club on 6th February against Stockport.

Yeovil, who have not revealed the cause of Collins' death, were due to play Altrincham in the National League on Friday but the game has been postponed.

"All at Yeovil Town Football Club are mourning the loss of club captain Lee Collins, Lee sadly passed away yesterday and our thoughts and prayers go out to his family and friends. We ask everyone to respect the family's privacy at this time."

Defender Collins began his career with Wolves and had extended spells with Port Vale, Northampton, Mansfield and Forest Green before joining Yeovil in 2019.

He played 38 times in all for Yeovil, including eight times this season.

Former Wolves player Karl Henry was among those to pay tribute to Collins on social media.

Henry tweeted: "Such sad news. I remember Lee as a young player at Wolves. He was a good lad with a great attitude."

Brentford striker Ivan Toney, who played with Collins at Northampton, said: "Such sad news. A former team-mate always helped me as a young boy coming through. Thoughts go out to his friends and family at such a difficult period."

Collins played 163 times for Port Vale having initially impressed during a spell on loan and Tom Pope, who played alongside him for the Valiants, told the club website: "Lee was a tough, fit, excellent footballer. The enforcer for us, really. The organiser.

"He was the heartbeat of our dressing room. I am absolutely devastated and my heart goes out to Lee's family, friends and team-mates at this time." 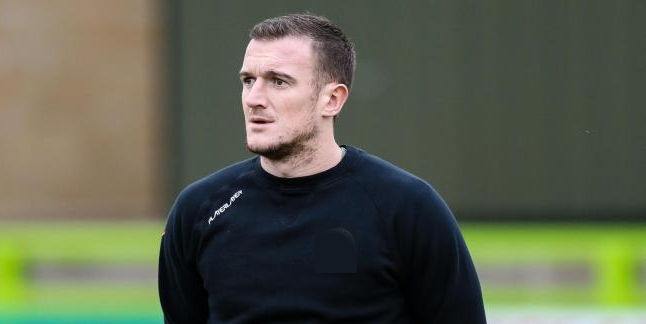 Mansfield Town owner John Radford also paid tribute, recalling Collins as a "battling braveheart", who the club will remember in a minute's silence ahead of their League Two game with Leyton Orient on Friday.

Radford tweeted: "Shocked and saddened to learn of the passing of our former defender and captain, Lee Collins. A no-nonsense, battling braveheart on the field and a gentleman off it. A man who always gave his all in Stags' colours.

A minute's silence will take place at every National League game on Friday.