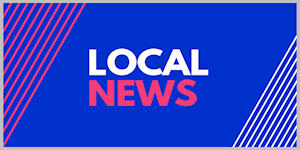 A Chard man has appeared in court for possessing a bladed object. Police have found a body in their search for a missing Yeovil woman. Most foodbanks in Somerset will be closed on Monday for the Queen's funeral. Funding’s being made available in Somerset to provide people with learning disabilities with more opportunities to take part in social activities. The go-ahead has been given to build a new energy storage facility next to a Somerset beauty spot...and more.

A Chard man has appeared in court for possessing a bladed object. Taunton Crown Court was told that Sonny Fox, aged 19, waved a machete during a row in the car park at the Sainsbury’s store in Chard. Fox pleaded guilty to the offence and was given a nine-month suspended prison sentence with probation.

Police have found a body in their search for a missing Yeovil woman. The body was discovered at Bowleaze Cove in Dorset early yesterday. Police say no formal identification has yet been made, but next of kin have been informed and are currently being supported.

Most foodbanks in Somerset will be closed on Monday for the Queen's funeral. They say they always close on bank holidays and that agencies and supermarkets who they rely on for supplies will also be closed. Also, due to the period of official mourning for Queen Elizabeth, Super Saturday that was meant to take place in Yeovil town centre tomorrow won’t now take place. Yeovil Town Council says a new date to hold Super Saturday will be announced shortly.

The go-ahead has been given to build a new energy storage facility next to a Somerset beauty spot. Despite concerns that it would damage the character of the nearby landscape, councillors approved plans for the battery storage facility at King’s Farm at Shearston, near Bridgwater. Applicants, Conrad Energy Developments intend to store excess power at the site, to sell back to the National Grid at peak times.

A major photographic exhibition has opened at Barrington Court near Ilminster. The International Garden Photographer of the Year exhibition is on at the National Trust property until October 17th. Categories include Abstract Views, Breathing Spaces, Trees, Wildlife in the Garden and the World of Fungi.

The search is on to find a new Town Crier for Yeovil. Applicants must be aged 18 and over, and have the desire and loud enough voice to fit the job.