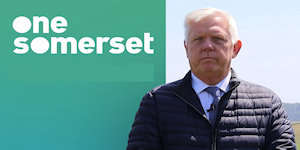 Elections for the new 'one' council in Somerset are to take place as planned in May next year. It had been thought that voting might be delayed until 2023 when the new unitary authority comes into being, replacing Somerset’s four district councils and the County Council but the government has announced that polling will be held in May with 110 seats up for grabs.

A man injured when his mobility scooter collided with a van in Chard has died in hospital. 'Operation Tonic' is running throughout December, with officers carrying out spot checks on drivers across the force area. As part of the crackdown, the public are being asked to report motorists if they suspect they are driving under the influence of alcohol or drugs.

Leonardo in Yeovil say they’ve completed the first flight of a helicopter using 'sustainable fuel'. The AW 149 was powered by a blend of Sustainable Aviation Fuel on a flight from Bristol Airport to the Leonardo factory site on Lysander Road. Leonardo, says green engineering is at the heart of its plan of achieving net-zero carbon emissions from its UK operations by 2030.