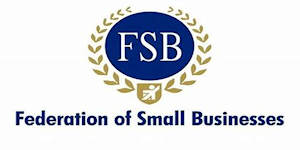 Small businesses in South Somerset are reporting a return to confidence following the easing of lockdown restrictions. A survey by the Federation of Small Businesses has shown that business owners believe the recovery has started.

People in South Somerset are needed to take part in a new Covid vaccine trial. It’s looking at whether a new type of vaccine called VLA2001 is safe to use. Professor Adam Finn is Leading the trial and is aiming to recruit up to 4,000 volunteers for the trials.

A caravan has been damaged by fire in Buckland St Mary. It happened on Sunday night with crews from Ilminster and Yeovil in attendance. The fire service says they’re treating the cause as suspicious. Also, a pizza oven has been blamed for causing a shed to catch fire in Yeovil. It happened at a property on Ritchie Road in the early hours of yesterday (26-04). A shed in an adjoining garden was also destroyed in the blaze.

Dog owners are being reminded to keep their dogs on a lead when walking on farmland. It follows another incident of a lamb being attacked and killed by a dog, this time in East Coker. Local farmer, Joe Dunning has made a public appeal for information about the attack.

Town and parish councils in South Somerset are being asked to register open spaces as town or village greens. It's part of a new campaign by the Open Spaces Society called "Grant a Green" aimed at protecting open spaces from being built on.