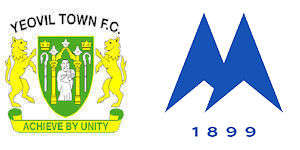 Matthew Worthington and Jordan Maguire-Drew were the heroes as Yeovil picked up a vital three points on a wet afternoon at Huish Park.

After a boxing day draw against Torquay, Mark Cooper would make several changes for the first fixture of 2023. A goal in the reverse fixture gave Malachi Linton his first start since Woking, whilst Owen Bevan would also make a welcome return after missing the last game due to concussion.

The first opportunity fell to Torquay, after a good run from Keiron Evans he would cut back onto his right foot before firing a low shot which Grant Smith pushed away.

Smith would be tested again just a few minutes later. Torquay captain Asa Hall firing a shot straight at him from the edge of the box.

The first big chance of the game would fall to makeshift striker Ben Richards-Everton. After being found by Jordan Maguire-Drew he had the freedom of the box, but in the process of trying to cut onto his left foot he would slip over and the away side could clear.

Jamie Reckord had a good opportunity to give Yeovil the lead, but the wet pitch wasn’t forgiving and Reckord couldn’t quite get to the ball before Halstead.

Hall, who had been influential for Torquay in the first half, picked out De Silva on the right-hand side, the latter would cut inside before seeing his effort blocked by Bevan on the line. Denying him a certain goal.

Cooper would once again turn to his bench in search of inspiration, with Lawson D’Ath and Andrew Oluwabori both coming on at halftime for Jamie Andrews and Max Hunt.

Oluwabori was straight into the action and found Maguire-Drew on the edge of the box whose deflected effort went just wide of Halstead’s goal. The former would then pick up the ball again and saw his shot diverted into the side netting.

Smith who had been tested from distance a number of times, was once again equal to whatever the Torquay players could through at him from range.

Oluwabori was then inches away from giving the home side the lead following a curled effort from the edge of the box after a brilliant run.

Yeovil’s number 27 had been a breath of fresh air in the second half and after picking the ball up in the left channel he would drive at the Torquay defence, before firing a cross to the far post which Worthington would turn in for 1-0.

Oluwabori should have added a goal to his tally as well but Halstead stood up well to deny him in the right channel before Maguire-Drew saw two efforts blocked with the keeper off his line.

Maguire-Drew, who had been quiet by his standards, had his say on the game. Alex Fisher found him with a perfectly weighted pass and the on-loan man would delicately chip the on-rushing Halstead to seal the game.

In truth, it was a game in which the ref tried his hardest to break it up that was won by two brilliant bits of quality from Oluwabori and Maguire-Drew respectively.