7 Unanswered questions about the new Somerset council coming in 2023 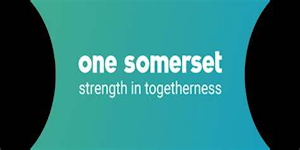 It's official: Somerset will be ruled by a single council from 2023. Communities secretary Robert Jenrick MP has announced that Somerset's five existing councils will be abolished and replaced with a single unitary council under the One Somerset proposals.

The decision has been welcomed by Somerset County Council (which backed the One Somerset plans), attacked by the four district councils (which backed the rival Stronger Somerset case), and prompted a mixed response from political groups and trade unions. But as the transition from the old order to the new begins to get underway, there are a number of important questions that will need answering in the weeks and months ahead.

Here are seven big questions about the unitary decision to which answered have yet to be provided:

1. How many people supported One Somerset in the consultation?
The Ministry for Housing, Communities and Local Government (MHCLG) ran its official consultation on the different unitary proposals for Cumbria, North Yorkshire and Somerset between February 22 and April 19. Of the 13,000 responses it received, around 5,500 concerned the Somerset proposals - the equivalent of around one per cent of the county's total population. The government has promised to publish the results of the consultation, which should give an idea of how many people supported the One Somerset business case over Stronger Somerset (as well as how many said neither was the best option).
The results of the consultation are a critical foundation to the legitimacy of Mr Jenrick's decision - and of the transition process which was agreed in principle by Somerset County Council's cabinet earlier this month. Bridgwater and West Somerset MP Ian Liddell-Grainger has been critical of the government not releasing the information sooner, describing the delay as "pathetic" in the House of Commons on Monday (July 19). He added: "The government’s consultation for the unitary was finished months ago. I have asked parliamentary questions and written to the minister - I have tried everything. "Why will the government not come clean over this? Why are they holding it back? Why on Earth has this become an issue?" Luke Hall MP, minister for regional growth and local government, responded that there had been "no broken commitment" to publish the outcome of the consultation and that the government was "on track" to make this available before the summer recess.

2. How much difference did the poll make?
The four district councils' decision to hold a non-binding referendum on the different unitary proposals was one of the most contentious of the year. Yeovil MP Marcus Fysh was deeply critical of the decision, arguing that holding the poll diverted funding from the Yeovil Refresh regeneration scheme - a claim that South Somerset District Council denied (even though further funding was granted at a later date from a different budget). The poll also drew criticism when it emerged the leaflets sent out with the voting papers directed voters to a website spoofing the One Somerset proposal - something the Stronger Somerset camp stated was not intentional. The poll saw the Stronger Somerset case triumph by a clear margin, with more than 111,000 people taking part. While Mr Jenrick referenced the poll in his official letter outlining the decision, what is not clear is how much weight he gave to the poll in total or the result. Mr Jenrick had warned the districts about the implications of the poll - and since it was not legally binding, he is not obliged to honour the result. However, if it transpires that he ignored the result in its entirety, that will do little to curry favour with either residents or the local politicians who must now implement his wishes.

3. Will the district councils challenge the result?
The district councils were quick to voice their displeasure at the outcome, accusing Mr Jenrick of "riding roughshod over the people of Somerset" and "ignoring the will of the people". With parliament now on holiday until September, the districts must decide whether there are any grounds on which to challenge the decision through the courts via a judicial review. Councillor Duncan McGinty, the Conservative leader of Sedgemoor District Council, said on Wednesday (July 21) that the councils were considering their next steps. He told Greatest Hits Radio: "We need to examine the secretary of state's letter and his criteria for his decision, and then it will be put to the members to ask them what they feel is the best way forward. "I think we demonstrated that the public support was with the two unitary situation, and at the moment I am at a loss as to why that wasn't chosen." It is likely any proposals for the next steps will come before the respective full councils (Mendip, Sedgemoor, Somerset West & Taunton and South Somerset) before September.

4. Will we get a debate in parliament?
The decision to implement the new Somerset unitary is subject to parliamentary approval. Mr Jenrick indicated in his decision letter that he intended to do this by secondary legislation - presenting orders to the House of Commons, rather than passing an act of parliament. There is, however, a very slim chance that a parliamentary debate could be secured on the issue if enough MPs supported it - either a debate solely on Somerset, or on all three unitary proposals together. Mr Liddell-Grainger has tried on numerous occasions to secure time in the House of Commons for a full debate on Somerset's unitary status, but Jacob Rees-Mogg - leader of the House and MP for North East Somerset - has consistently declined to do so. If he wishes to secure a debate now the decision has been published, he will have to secure support from outside his county, since Somerset's four other MPs all backed the One Somerset proposal. Mr Fysh stated in the House on Thursday (July 22): "This is a fantastic opportunity to improve economic development, place-making and planning, service delivery and value for money for local residents. The single unitary proposal was clearly superior."

5. How will the local elections in 2022 work?
The county council's decision to delay the 2021 local elections was incredibly contentious, with the Liberal Democrats (the main opposition at County Hall) accusing the ruling Conservative group of "running scared". Mr Jenrick has confirmed that elections for the new authority will be held in May 2022 - but the new council won't formally take charge until May 2023, when the existing five councils are dissolved. Instead, councillors will be elected to a 'shadow authority' which will oversee the transition and make decisions over that 12-month period - as happened when Taunton Deane Borough Council and West Somerset Council merged in April 2019 to form Somerset West and Taunton Council. It normally takes the Local Government Boundary Commission for England (LGBCE) around a year to consult upon and implement new electoral boundaries - meaning there isn't sufficient time to consult with the public before the next elections. There is, therefore, a choice to be made: should the election be staged on the county council's divisional boundaries (with multiple representatives each covering a large seat) or the district councils' ward boundaries (with each representative covering a small area, but more than 200 councillors)? It promises to be very confusing - and with the boundaries being redrawn before the following local elections in 2026, many of those elected will probably end up losing their seats.

6. Where will the new council be based and what about the other buildings?
Both sides in the unitary debate have stressed the variety in Somerset's geography and culture, and the challenges which that presents to local government. Stronger Somerset used the differences between, for instance, Porlock and Frome, as an argument for separate unitaries, while One Somerset argued that local community networks (LCNs) would make decision-making more reflective of local needs. One issue which remains to be solved, however, is what happens to the existing council buildings when the new authority is formed. There are currently six main council buildings in Somerset:

The future of these buildings will depend to a great extent on how the new LCNs are implemented - as well as how local services will be administered. The One Somerset team will want to avoid centralising service delivery and holding all major public meetings in Taunton since this would contradict its message about bringing decision-making closer to local people. While Somerset West and Taunton Council previously ruled against selling off West Somerset House, this decision could be reversed in the years ahead - either to raise money for the new council or to prevent taxpayers from paying for a building that is no longer needed. As with much of the rest of the transition, it will be a case of wait and see.

7. Will services actually improve?
This is the multi-million-pound question and we may not get the answer for some time. The proponent of unitary will point to certain services improving better with councils coming together, such as the Somerset Waste Partnership. But the transition period is likely to be a rocky one, fraught with redundancies, political differences and much unnecessary squabbling. Zoe Rodgers, Unison's chair of the joint branch steering group, has warned the reorganisation must result in a better deal for taxpayers. She said: "After a decade of budget cuts, our county needs renewed investment in vital local services that underpin Somerset's economy, educate our children and keep our most vulnerable people safe. "Local politicians must not waste this opportunity to rebuild a stronger public sector that serves its community well. "We must also ensure that through the unitisation of the five councils in Somerset, our members' pay and conditions are not eroded, but more than that, where staff have varying terms and conditions that these are levelled up – not down. This is not a race to the bottom."