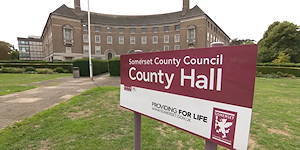 Somerset County Council has raised concerns about upgrading the A358 to a dual carriageway between the Ilminster by-pass and the M5 at Taunton.

Somerset County Council has raised concerns about some of the junctions, planned as part of work to upgrade the A358 to dual carriageway between the Ilminster by-pass and the M5 at Taunton.

The County Council says dualling the A358 will ease congestion and cut journey times across Somerset … but that the design of some junctions that will connect existing local roads to the new dual carriageway, needs to be re-thought.

The three main areas of concern are:

The design of the Mattock’s Tree Green junction that will connect the dualled A358 to the A378 leading to Langport ..

The council is also asking for clarification on whether horse riders will be able to access the Southfields roundabout on the Ilminster by-pass from either side when the A358 has been dualled.

The County Council has asked for all its concern to be discussed when the public inquiry into the widening scheme on the A358 starts in the summer of 2022.

Andy Coupé, the council’s strategic manager for infrastructure programmes, said: “If designed appropriately, the scheme will improve connectivity and access to the southwest region, improve the resilience of the strategic road network and help to promote economic growth in the region.”