British Laws you may not know about 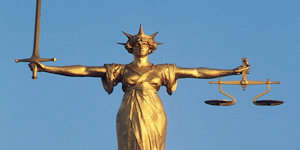 Britain has some pretty strange laws and it’s possible you might have broken one or two of them without realizing it. They include singing Happy Birthday in public and sticking a stamp on an envelope incorrectly.

Here are some of the unusual laws that you may not know about:

Putting a stamp on an envelope upside down. If you’re sending a letter you need to be careful when adding a stamp. Under British law, if you post a letter with the stamp upside down it’s considered treason, and as a result, you could face serious consequences.